Get fresh music recommendations delivered to your inbox every Friday.
We've updated our Terms of Use. You can review the changes here.

by Music Is My Sanctuary 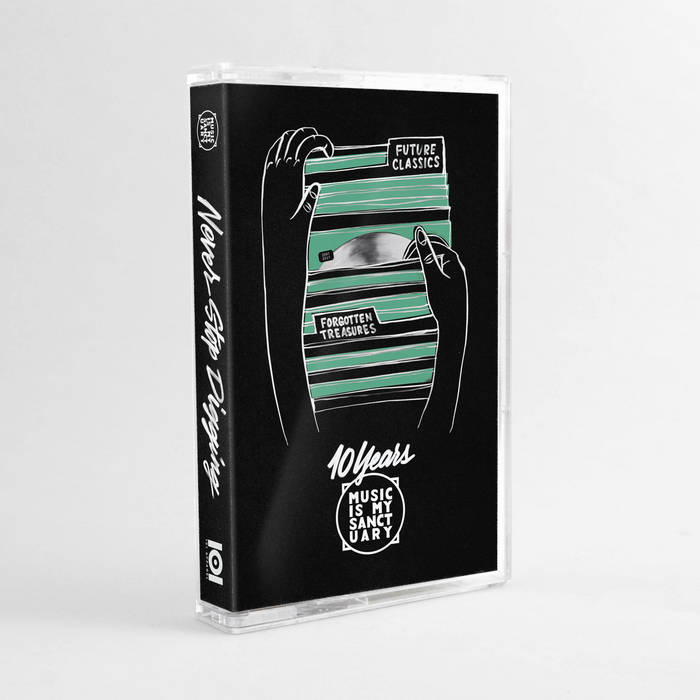 It's been 10 years since the birth of Music Is My Sanctuary, and what a 10 years it’s been! Started in 2007 by Alexis Charpentier aka DJ Lexis in Montreal, Canada, Music Is My Sanctuary has been dedicated to discovering and presenting music often overlooked by mainstream music channels through articles, interviews, radio shows, DJ mixes, and events.

The "10th Anniversary Compilation: Never Stop Digging" is an eclectic collection featuring 17 unreleased tracks from artists who all share the same vision and passion, and who represent the mentality and styles that Music Is My Sanctuary works to push forward.

Side A focuses on some more floor-oriented grooves from artists who are known for both producing and DJing. Side B (kicked off by the ever-mysterious Clutchy Hopkins) is dedicated to the Hip Hop and Funk heads featuring artists who have all put their own unique spin on genres that have come before. Consider this a Future Classics affair!

This project is a collaboration with 101 Apparel, who are providing the "Never Stop Digging" T-shirts which can be purchased from 101 Apparel directly. Both the T-shirt and cassette were designed by Montreal's Nik Brovkin. The official Music Is My Sanctuary 10th Anniversary celebration was held at Montreal’s Centre Phi, promoted and broadcasted live by Boiler Room. A big thank you goes out to the artists who provided tracks for this compilation, and to all artists who keep creating such fantastic music for us to share and enjoy. Without you there would be no us, and for this we can’t thank you enough!

Music Is My Sanctuary Montreal, Québec

Music Is My Sanctuary is an independent website dedicated to showcasing life-changing music to an audience of open-minded music lovers.

We focus on discovering and presenting music often overlooked by mainstream music channels, from Jazz to Electronic back to Hip-Hop.

Bandcamp Daily  your guide to the world of Bandcamp

Semiratruth joins the show to discuss their latest release, "loading..".